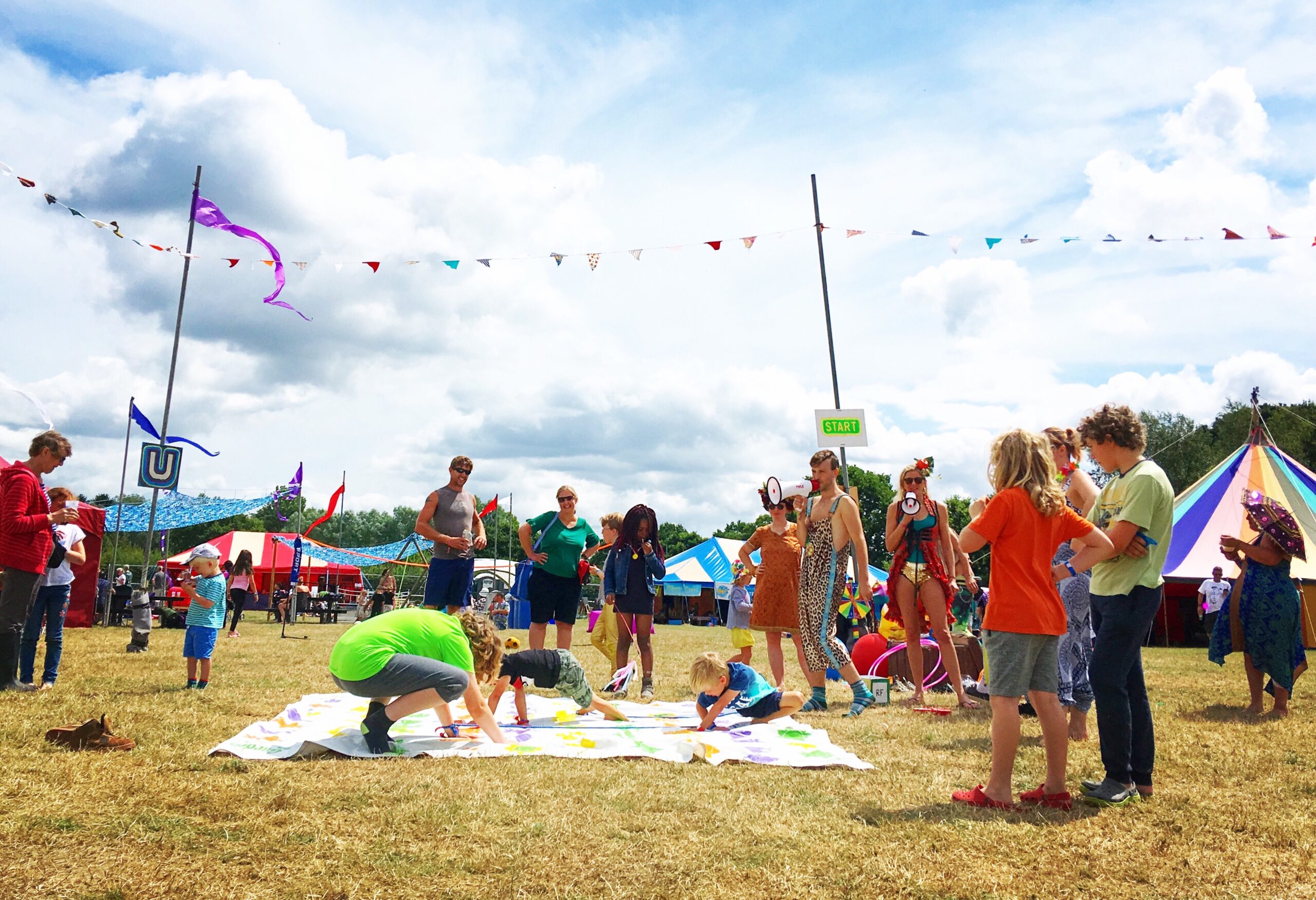 Chilled in a Field 2019 Review

Chilled in a Field is a small, family friendly festival which takes place every year in East Sussex. Originally set up in 2010 and with its roots in the London rave scene Chilled has won a number of awards for it’s ability to cater for families whilst providing a uniquely creative atmosphere. This was the third time that Juggling on Rollerskates have attended the event, and despite the weather not always being in our favour the vibe was as upbeat as ever.

A fun-packed time table of activities runs from mid-morning inviting all ages to get involved. This year saw glitter wrestling, human Hungry Hippos, circus skills, ceilidh and much more. All of this in addition to the bouncy castle, inflatable slide, sandpit, and numerous play areas that mini-festival goers can all enjoy as part of their entry. We particularly enjoyed the circus skills and fire displays.

There are two stages offering two quite different vibes at Chilled. In Glyndebourne Woods there’s the Woodland Stage where you can get lost in a mystical, forest rave scene. Here the party keeps going until the early hours, whilst thanks to the magic of Silent Disco families can still be guaranteed a peaceful night’s sleep!

Over on the main stage a wide variety of acts play from lunchtime though until 11pm over the three day event. We loved the Inexplicable’s who got the crowd jumping to their soulful drum n bass beats. Whilst later in the evening Chilled regular One Trick Pony had the field going wild for her Saturday night DJ set.

We always enjoy exploring the pop up food stands at any festival. We’ve become fans of festival foodie Olly’s Fish Shack over recent years with his Rick Stein approved fish n chips. Never fails to hit the spot! If fish isn’t your thing then take your pick from Pizza Love, crepes at Isabel’s Bakehouse or veggie heaven at Tiger Eats Carrot.

This was our first year camping at Chilled in a Field. It’s an easy festival to stay at. There are two camping areas ensuring everyone’s needs are catered for. With four children in our party we stayed in the ‘Early to Bed, Easy to Rise’ area. We were all tucked up by 10:30pm and enjoyed a (relatively!) peaceful night from 11:15pm. Over on the other side of the festival anyone wanting to party into the early hours can stay in the ‘Late to Bed, Late to Rise’ site without the worry of disturbing sleeping families.

As the festival site is relatively compact getting your tent and camping kit from A to B is as easy as it gets in festival terms. We were able to park close to the main gates meaning we could carry items back and forth in a matter of minutes. Not entirely stress free but as close as it gets!

Chilled in a Field is a lovely, small, intimate and friendly family festival. It’s ideal for anyone wanting to try out a family festival for the first time or looking to give older children a bit more freedom to explore independently. The weather this year wasn’t great but it really didn’t dampen the festival vibe. Our children loved every minute. To sum it up…we were already planning next year’s visit as we set off for home. Says it all really! We’ll be back…maybe we’ll see you there?