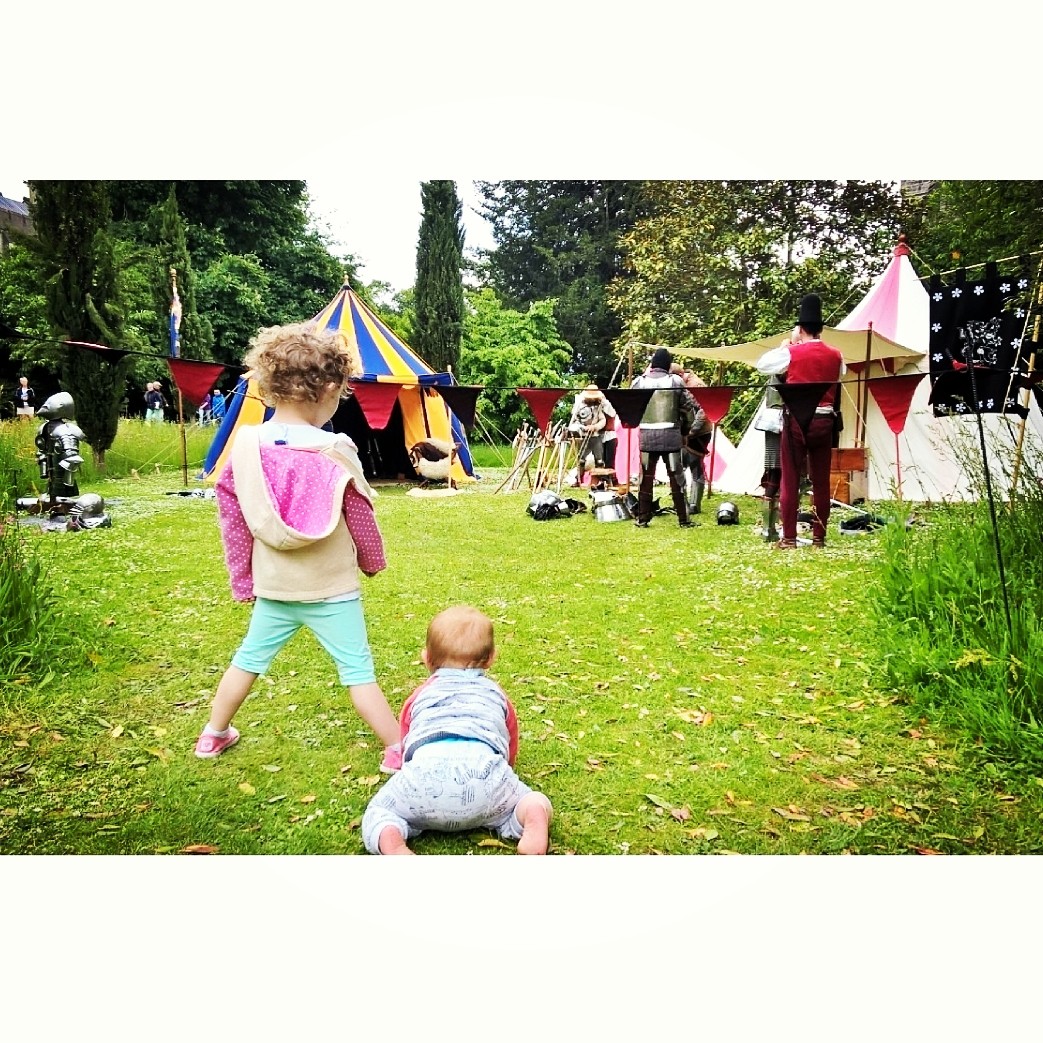 Arundel Castle’s history stretches back to 1067 and has been the family home of the Dukes of Norfolk and their ancestors for nearly 100 years. My family and I were fortunate enough to experience the Bank Holiday Castle Siege event today, recreating conflicts between France and England during the reign of Edward IV in 1475.

Arundel is situated on the A27 not far from Littlehampton. Today we travelled from Rustington, a 15 minute drive from Arundel. The traffic was clear and steady, although the day before we had been stuck in very heavy traffic at the Arundel junction of the A27. As this is a busy coastal road the traffic tends to get particularly heavy on warm sunny days when everyone wants to hit the beach. This is something you may want to keep in mind when planning your day out, it is advisable to travel early to avoid the heavy build up of traffic.

Parking is opposite the entrance to the castle in a public car park. I paid £5 for 4hours + parking and was able to pay for this easily with my bank card at the pay point. The car park had plenty of spaces when we arrived shortly before opening time at 9.45am but seemed to be very busy when we left in the early afternoon.

Our group consisted of myself, my six year old daughter and my 9 month old baby; my sister in law and my 4 year old niece. I would advise visitors with babies to consider taking a baby sling rather than a pushchair if you plan to enter the Castle building as there are endless steep staircases and steps. A pushchair would be fine if you plan to just visit the gardens.

As the castle opened there was a short queue. We had a wait of about 10 minutes whilst we approached the ticket office. The wait was significantly eased by the dulcet tones of the historical musician playing his drum and whistle. We were given a map and a schedule as we exchanged our tickets, but having never visited the castle before we felt we needed a bit more in terms of an explanation of layout and the explaining the areas that our Gold ticket admitted us to.

We were directed up a steep path towards the Keep by another member of staff. There were frequent golf buggies available for those who may have found the steep climb more of a physical challenge!

We were greeted by a smart gentleman at the entrance to the Keep. He directed us to the left inside the Keep. Once inside we found the signage and layout somewhat confusing but fortunately there were several members of staff dotted about to ask for directions or advice.

Our girls ran wild in the castle! Asking questions about Queens, Elsa from Frozen and skeletons in dungeons it was clear the castle captivated their imaginations! The rooms were fairly quiet and we were able to take in the atmosphere and surroundings at our own pace. Some of the stairs are typically VERY STEEP. Please be prepared when planning your visit.

After an hour exploring the castle we were in need of coffee. We found the castle coffee shop and bought a selection of sandwiches cakes and drinks to enjoy in the grounds. The coffee’s were just under £3 each so not particularly cheap but they were good! The coffee shop was very quiet and service prompt.

The castle grounds are beautiful and well worth a visit in their own right. At this time of year there are hundreds of beautiful wild flowers as well as the Rose Garden, Cut flower Garden and the Organic Kitchen Garden. The girls loved exploring the maze like grass paths which led to story teller tents and medieval camps. The grounds don’t have a play area as such but the sturdy ancient trees provide a natural terrain to climb and swing about in. The atmosphere, especially today with the historical costumes, was enchanting.

The highlight of the day for us all was the mock siege. French and English artillery, enthusiastically dressed in armour entertained us with humour and action. Cannons were released to mark the start of the battle with archers thrown into the mix for full effect. The girls were enthralled, as were we all! Even my 9 month old sat and watched the full 15-20 minute re-enactment. Both the girls were concerned that the soldiers were really dead, but on the same note seemed disappointed at the lack of blood!

I really can’t recommend the Castle’s themed days enough. There are a number of future events planned for the upcoming Summer holidays; Norman Knights Tournament, Jousting Week and Pirates and Smugglers day to name a few.

A family ticket on these event days IS expensive. A family (2 adults and 3 children) entrance today would cost £51 but I do think it is worth paying the £6 extra (a non event day Gold Plus family ticket costs £45) for the experience. This is something that my daughter and niece will both remember for a long time, it really did bring history to life.

This review was organised by and written for Whatsgoodtodo.com

Daisy is 10 and loves roller skating and crafts. Logan is 4 and enjoys Lego and getting muddy!