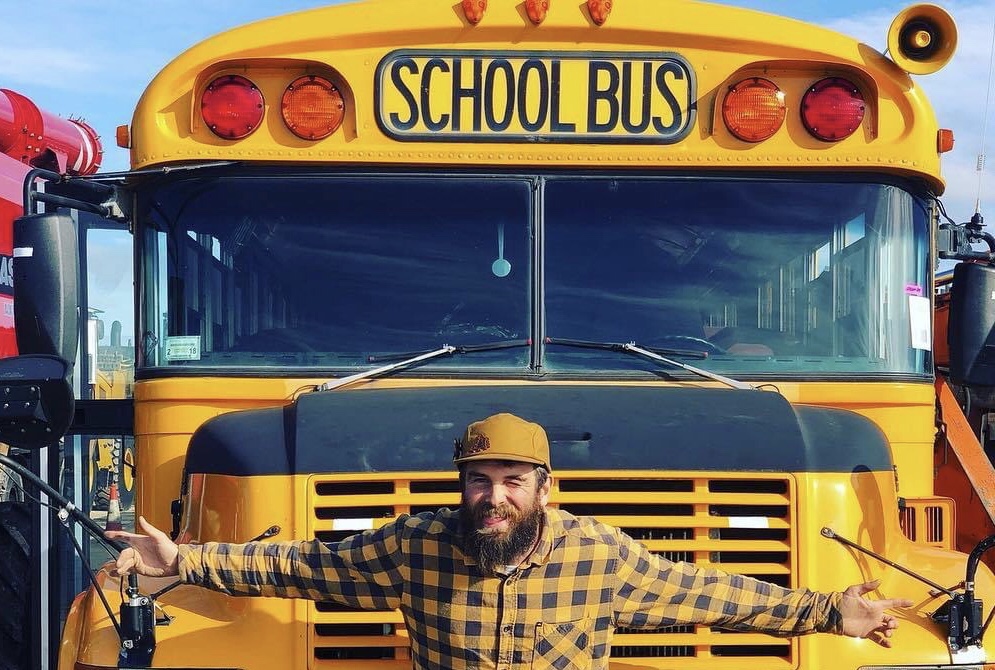 The Rise of Shred & Butta: Jim Stewart’s Journey from Board Wax to Boardroom

I first met Jim Stewart over 10 years ago in Val D’Isere. Back then he was living the typical seasonaire lifestyle – playing hard in the mountains while earning a bit of money doing odd jobs around resort. He came across as easy going, laid back and happy in the moment. When I recently caught up with him, a decade later, on the site of his booming bus conversion business I was keen to find out how he had gone from laid back snowboarder to the savvy businessman now stood in front of me. I still can’t work out whether Jim’s success can be put down to his talent, the fact that’s he is extremely likeable …or sheer jammy luck. Whatever the magic ingredient is he’s certainly doing something right. Since establishing Shred & Butta in 2013 Jim has worked on bus conversions for a number of major brands including Hasbro, Casio, GoPro, Nandos and O’Neill on projects that have included a roof-top hot tub, surf showrooms, mobile music venues and even a Nerf battle ground. 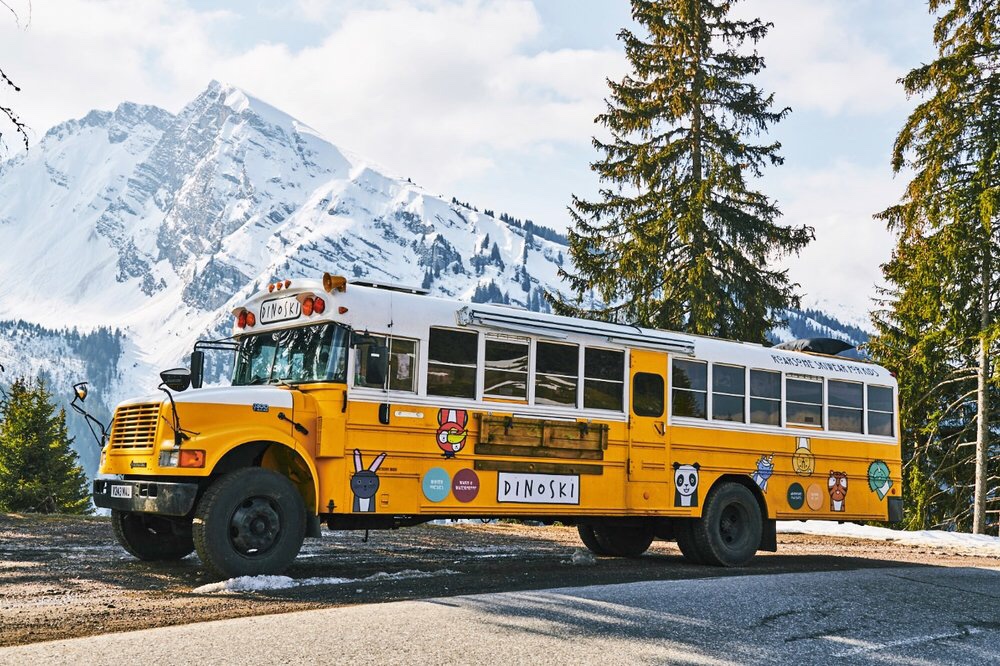 Jim’s story starts with a desire to get invited to some really good parties. What better reason to set up any business!? Jim still pinches himself daily to think that his ever growing business started out from a wish to attend some of the epic Snowboard events that do the rounds ahead of the Winter season. Jim decided to set up a snowboard wax brand called Butta. He had very modest aspirations for this business (namely to get onto a few guest lists!) but as the only UK board wax brand Butta took off. Within months Butta was sponsoring some of the UK’s best snowboarders including Olympic medalist Billy Morgan with demand for the product becoming insatiable….and indeed Jim was invited to every event going. 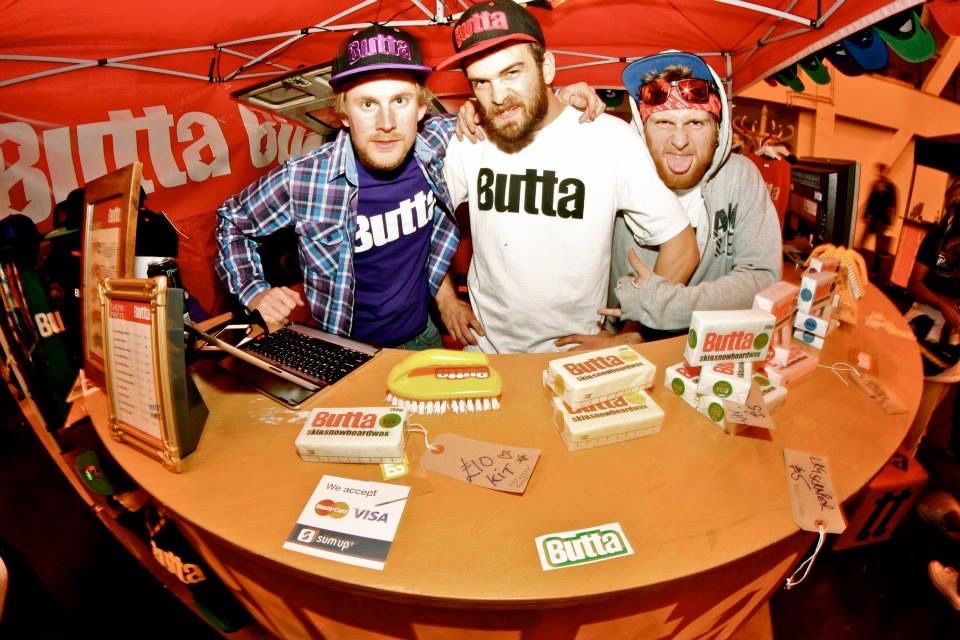 To keep up with demand for Butta while on the road touring Ski Shows Jim created his own Breaking Bad style bus for ‘cooking up’ his wax. The bus started to get a lot of attention from other adventure sports brands thanks to it’s practical set up perfect for showcasing products at tradeshows. Jim was approached by a representative for the surf brand O’Neill who asked if he could create a surf showroom allowing them to take to the road. It was the beginning of a relationship that would see Jim travelling and working with O’Neill for the next few years – but more importantly it was the start of life working professionally on vehicle conversions. The concept of Shred & Butta was starting to fall into place… 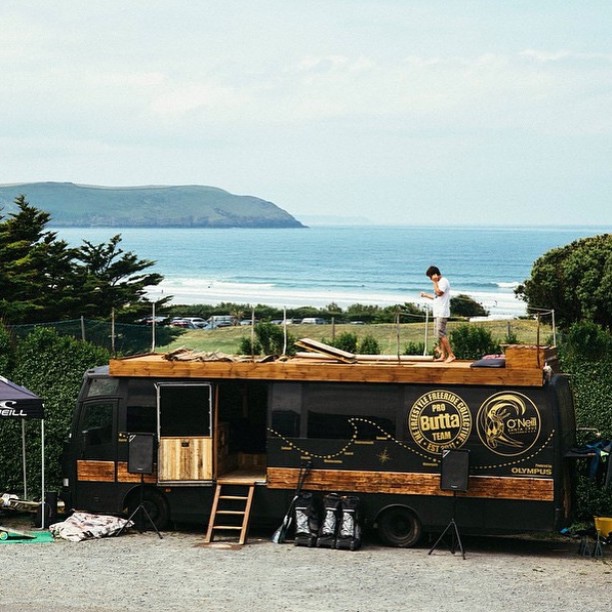 After months of travelling with O’Neill Shred & Butta was ready to develop as it’s own brand. The board wax business was still ticking over but demand meant that it was now time to shift focus from wax to conversions. Wanting to stay true to its roots Butta grew to incorporate both businesses as Shred and Butta. The concept of unique vehicle conversions as an eye-catching and practical way of touring products, showrooms and shop spaces was taking off and Jim was getting enquiries from a wide range of well known brands from both within the adventure sport market and beyond. Over the next few years one project led to another allowing Shred and Butta to build an incredible portfolio including the likes of a Al Burrito double decker bus, a gig venue for the band Reef, pop up shops for the White Shirt Company, show rooms for G-Shock and One Piece – the list goes on. More recently Jim has developed a niche in importing and converting traditional style American School buses offering further opportunity for Shred & Butta to build on it’s reputation through projects with Dinoski, Ben and Jerry’s and the National Literacy Trust. Now a thriving business needing space and several staff Shred & Butta moved to it’s current home at Marsh Farm near Cobham in Surrey. Here Jim runs several projects at a time for a range of clients from those wanting to spend some time on the open road, glamping businesses, commercial projects – they’ve even recently converted a bus as a dining space for a local school needing additional dining space to accommodate for class bubbles. 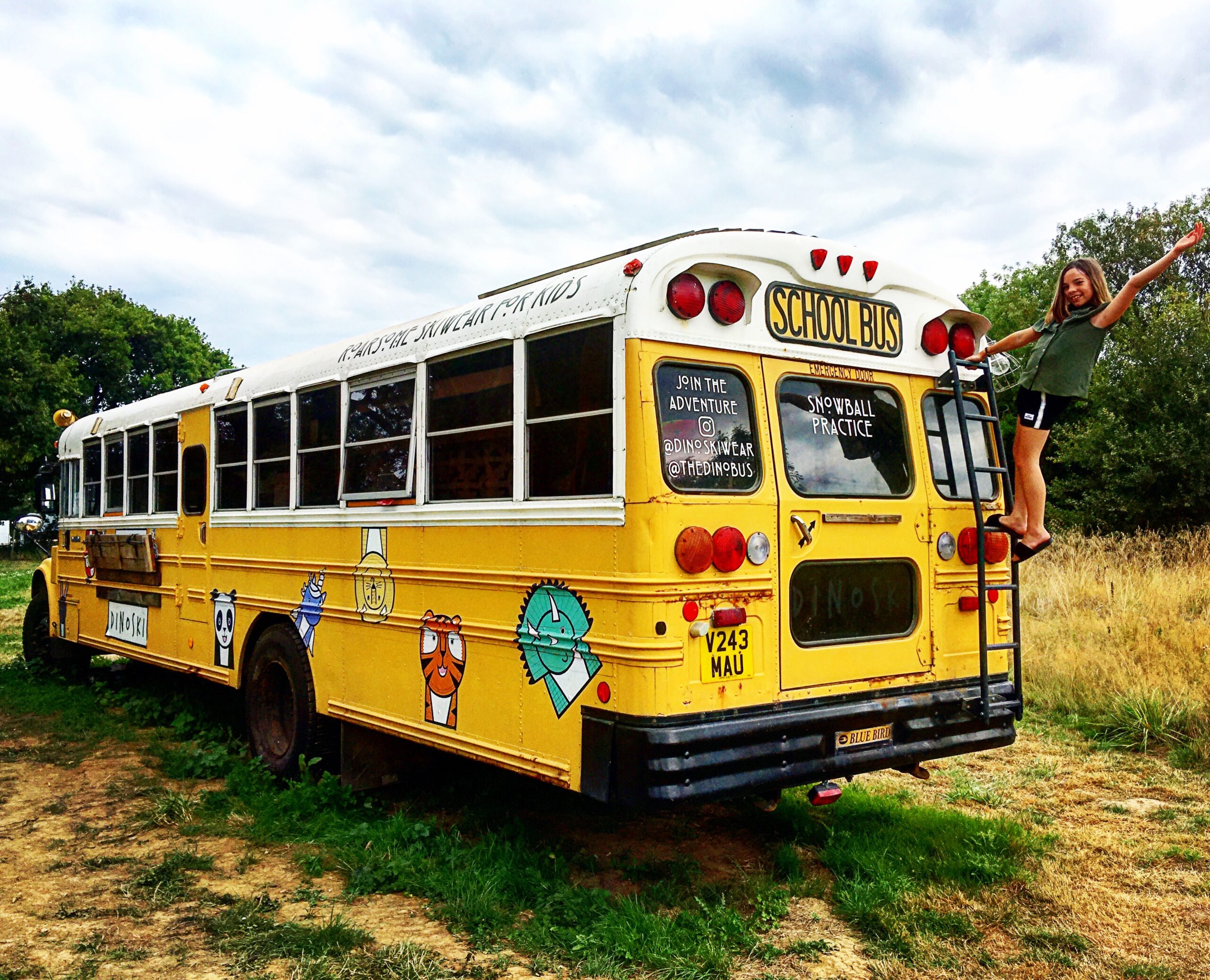 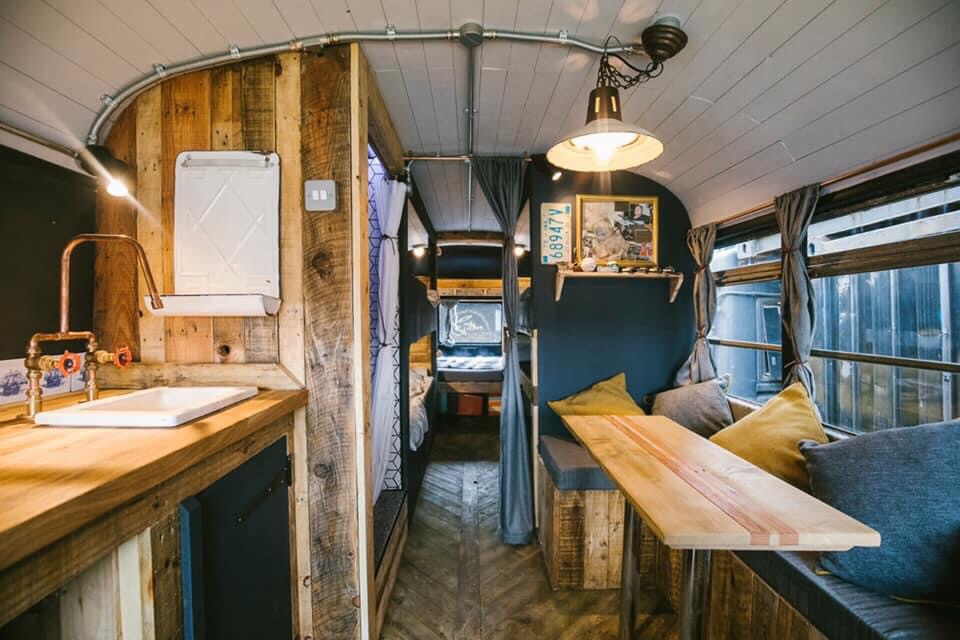 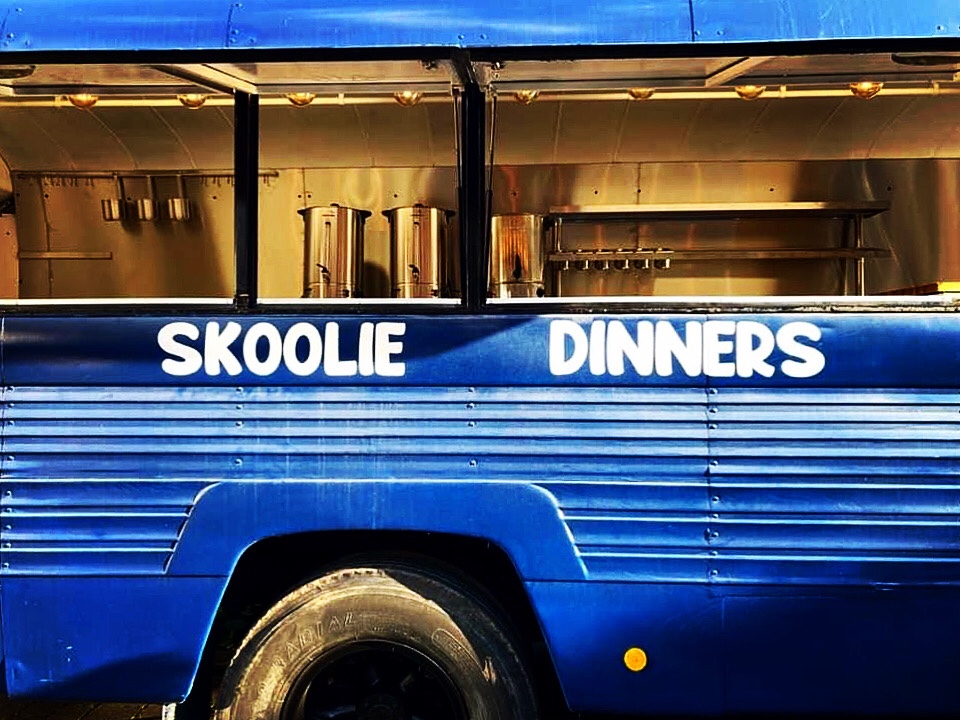 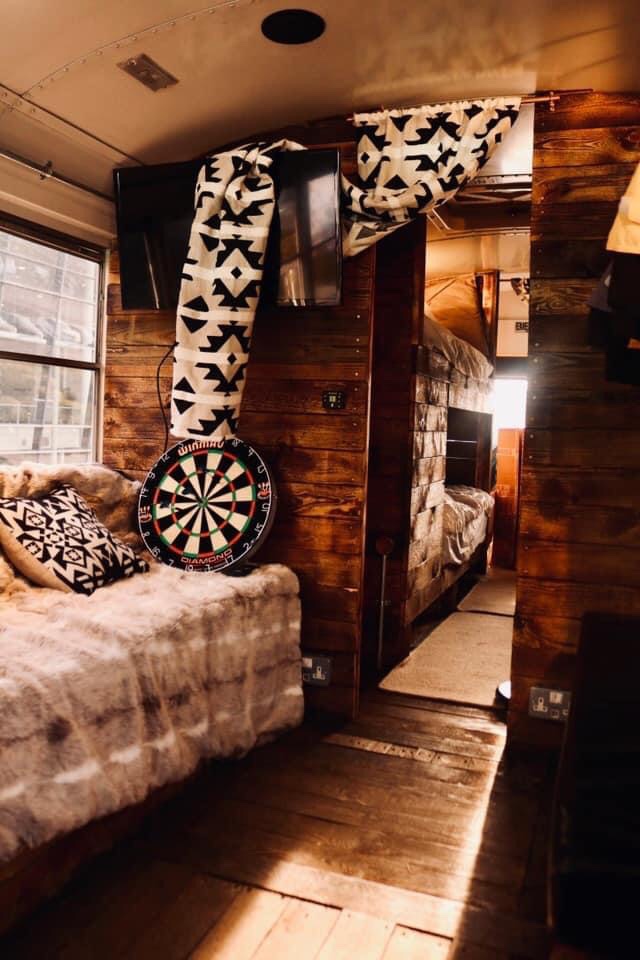 You only have to take a look at Shred & Butta’s social channels to see how busy the team are converting skoolies, airstreams, trucks, vans and containers for a range of projects from mobile cookery schools to cutting edge glamping facilities. Business is booming but Jim stills has further dreams and aspirations for the brand. Future plans involve a focus on quirkier staycation conversions – planes, boats, helicopters…if he can get his hands on it he’ll adapt it. Jim also hopes to continue to build relationships with the glamping industry offering high-end, versatile and unusual accommodation conversions. I’m excited to see what projects Shred & Butta come up with next. This is a business that has clearly benefitted from the surge in UK based holidays but has also taken a flexible, open minded approach to the changing travel market as it has developed. Shred & Butta’s transition from a focus on the corporate market to the leisure industry at a time when remote working and staycation concepts are booming has allowed them to thrive when others are struggling to stay afloat. It’s certainly refreshing to hear a positive story in these difficult times…success doesn’t always come from a well thought out business plan – sometimes the best ideas blossom from the desire to get into the best parties! 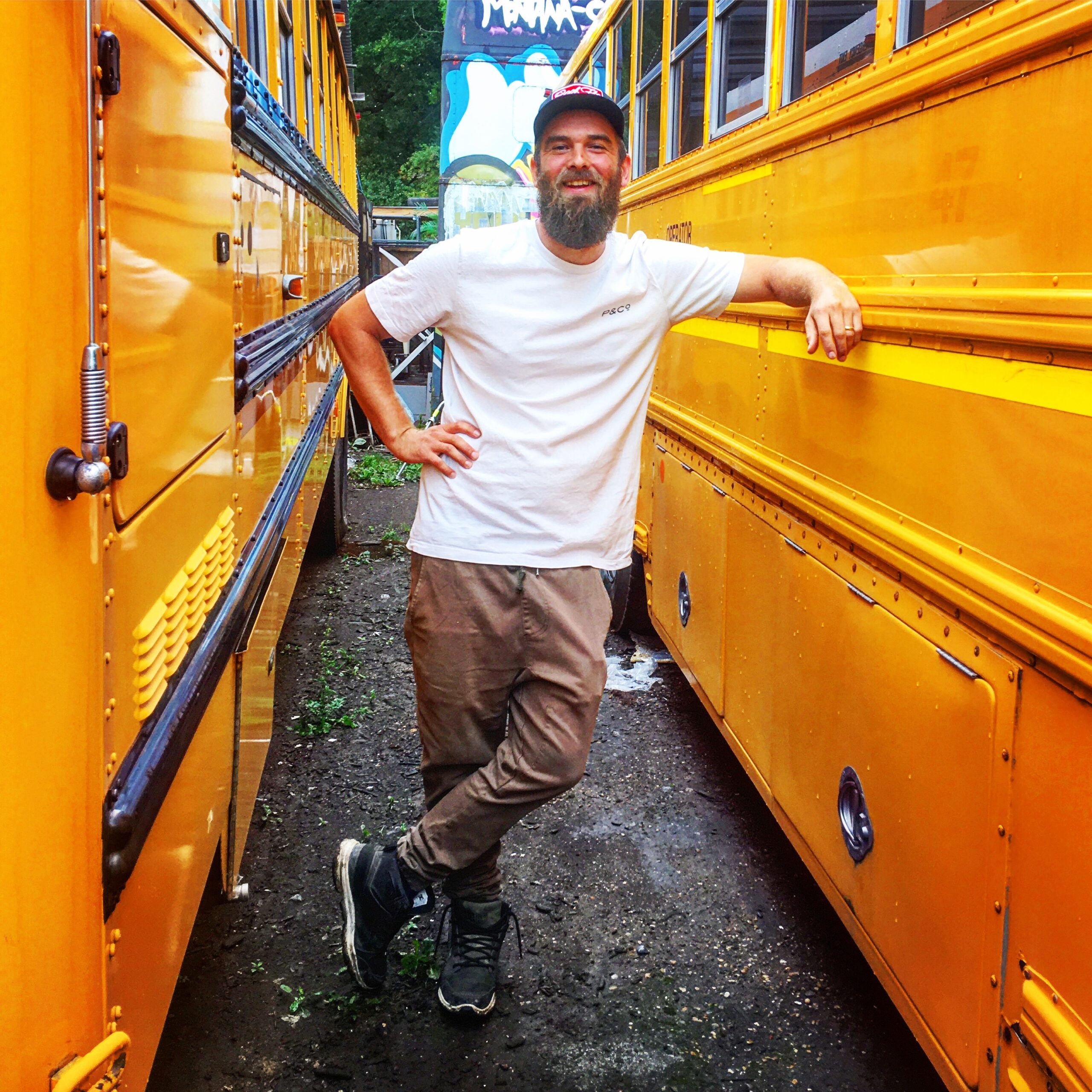 If you would like to discuss a potential project with Shred & Butta please get in touch – no idea is too out there! 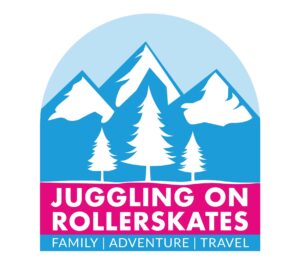 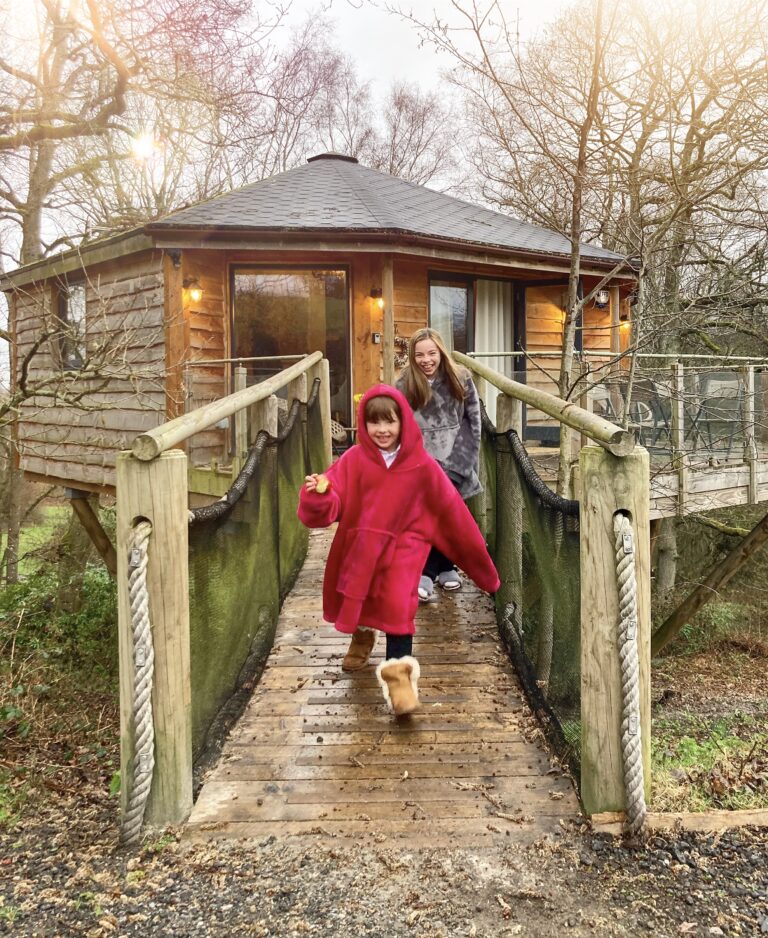