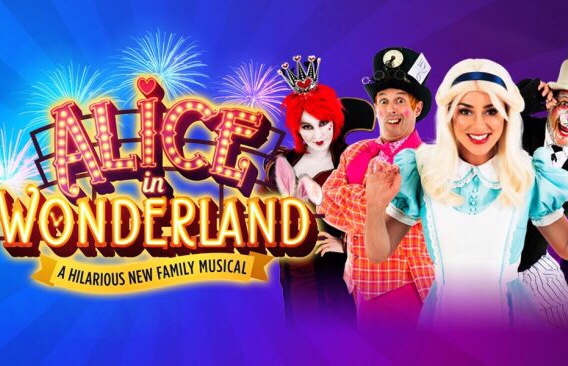 Last night we had the pleasure of watching Alice in Wonderland at the Assembly Hall Theatre in Tunbridge Wells. You’ll need to be quick to catch this one as it’s only on until Sunday 15th April although you can catch the tour at Sevenoaks and Eastbourne amongst other locations until June. 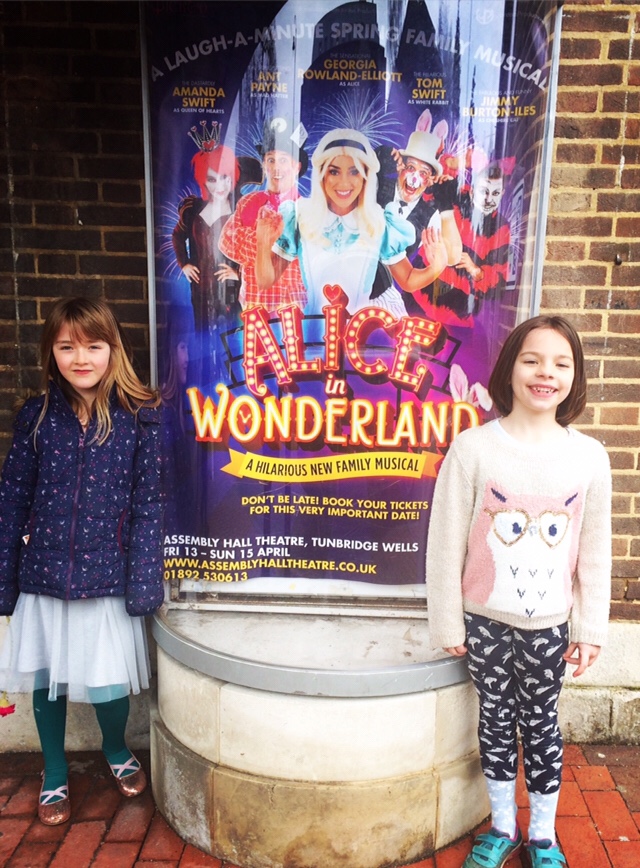 Despite being the Easter holidays this performance is basically a fun filled pantomime. Be prepared for some terrible jokes, a good dose of slap stick, some hardcore booing and some wholesome dancing in the aisles. 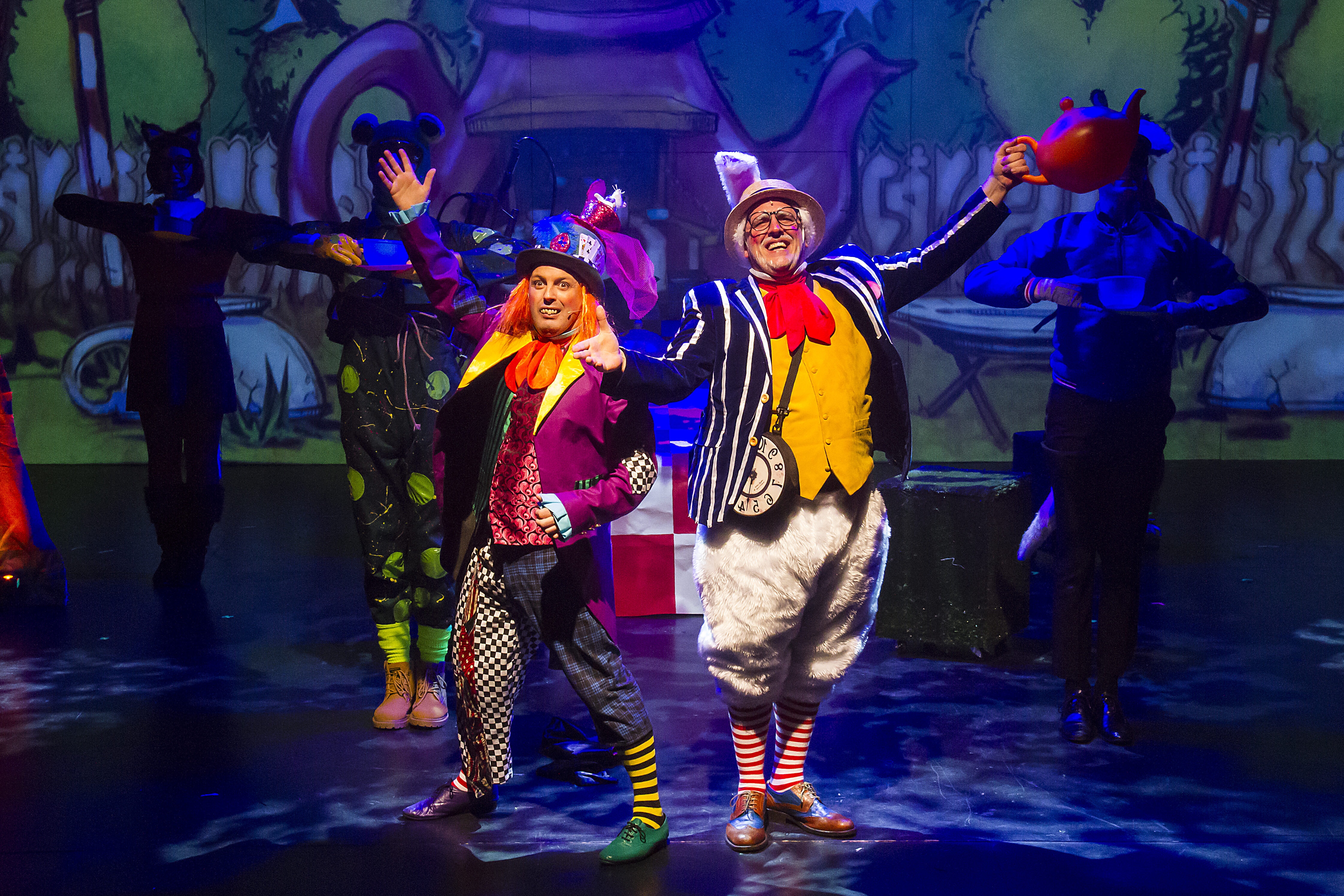 Wicked Productions manage to create a weird and enchanting Wonderland by using brilliant visual effects allowing Alice to fall deep in the rabbit hole, shrink in size and even come face to face with some spooky ghosts! 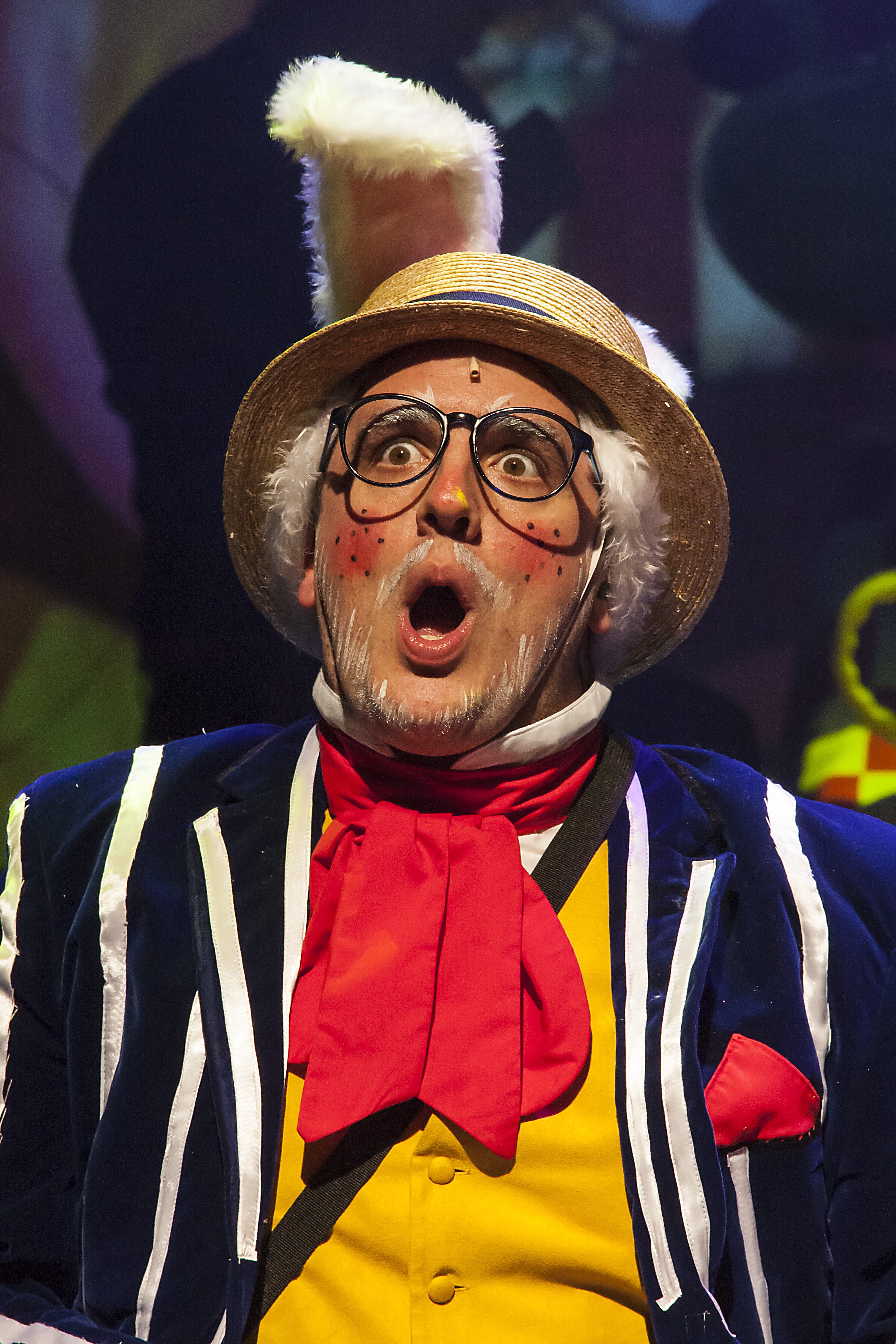 Producer and director Tom Swift, is the stand out star of the show. He had us in stitches as the rather abrupt White Rabbit and his musical medley scene as Tweedle Dee (or Dum!! I’m not sure which) stands out as one of the best performances in the show. 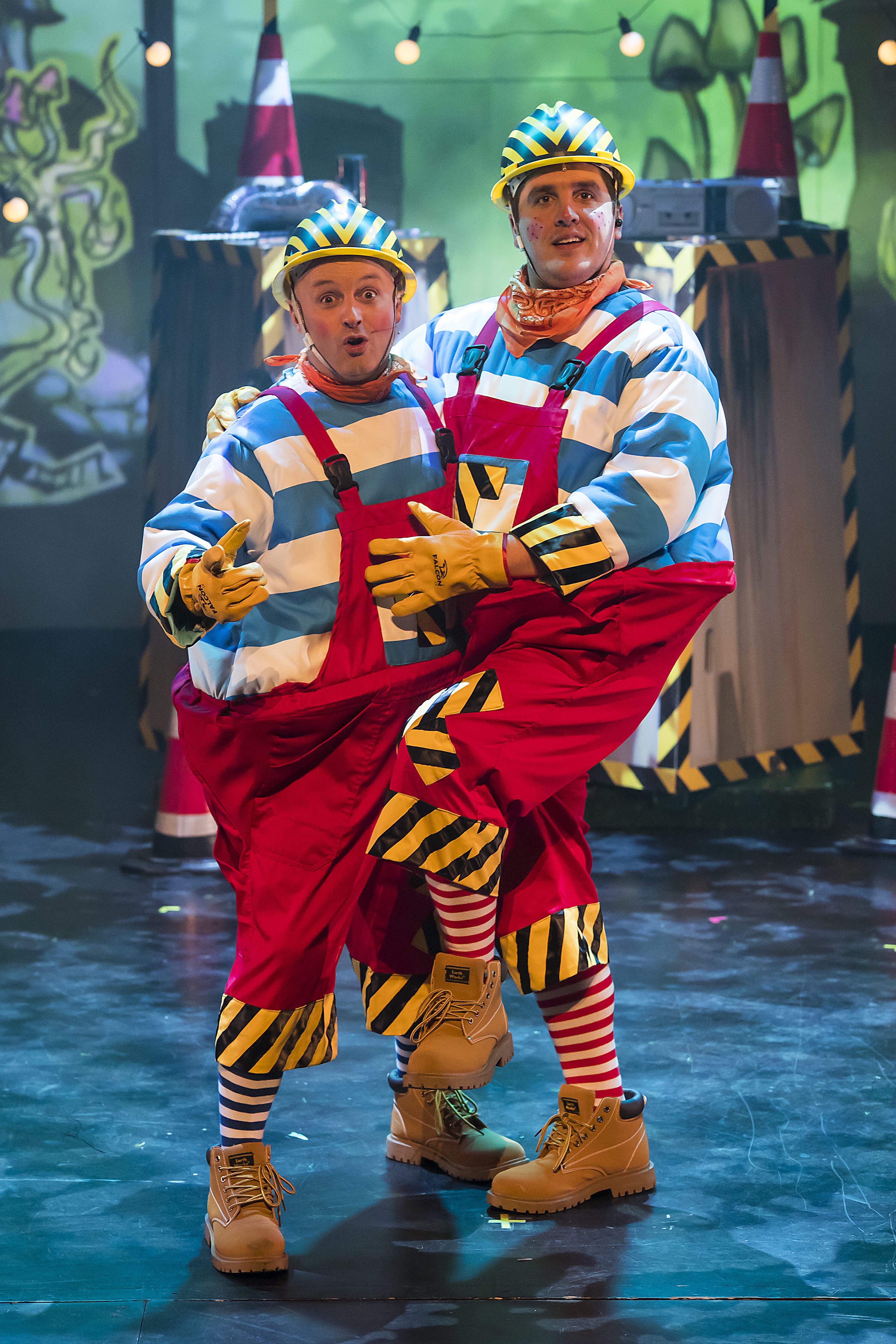 The cast do well to adapt to a number of roles as the story moves on. They clearly have a brilliant rapport with each other and the sense of fun really comes across as they embrace the odd slip up or costume malfunction (like the Mad Hatters false teeth flying across the stage!) 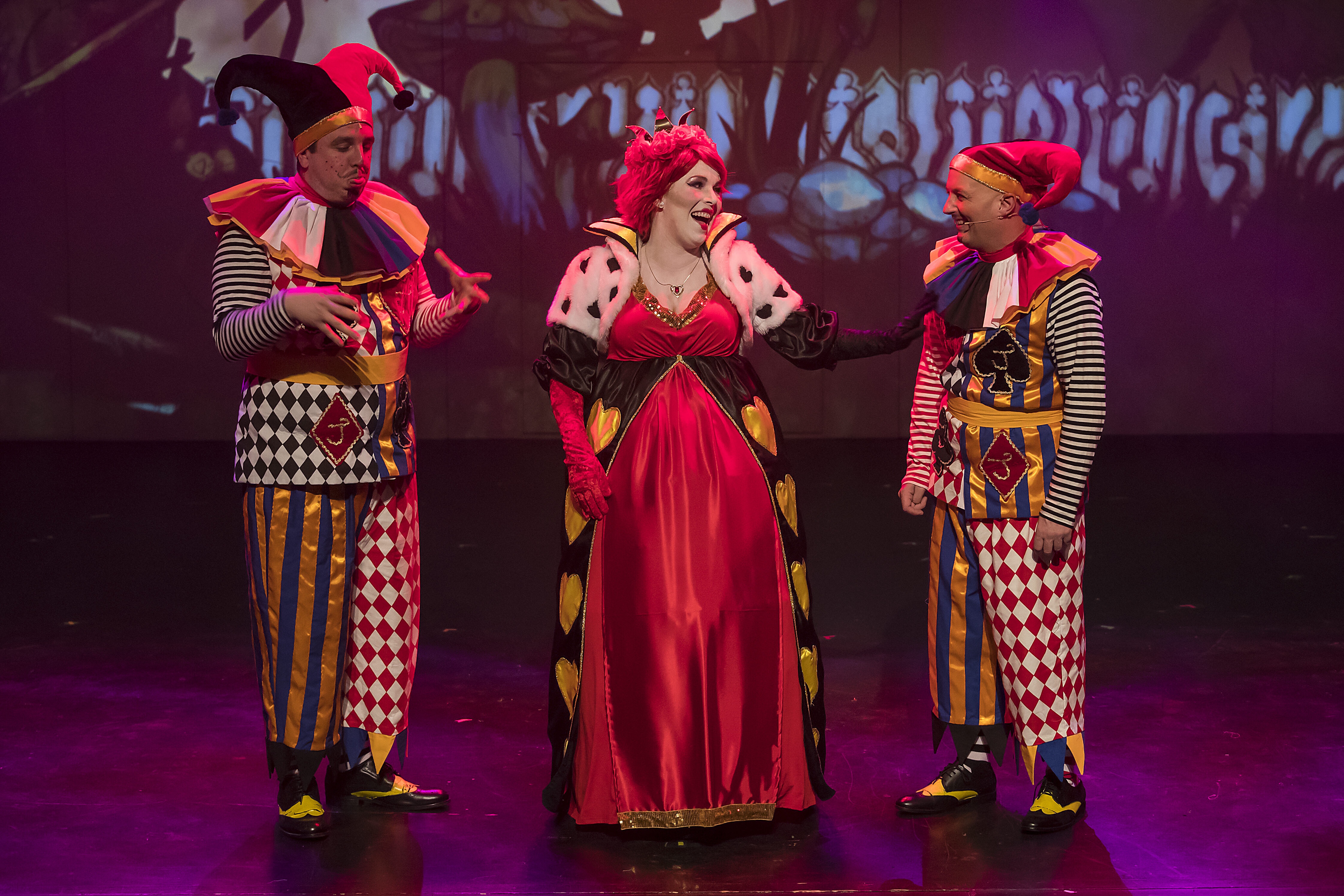 As you’d expect with any pantomime themed family show there’s plenty of singing and dancing on stage..with the audience being encouraged to join in as the show reached it’s finale. We loved the fly swatting song which became more and more slapstick as the scene disintegrated into hilarious chaos. 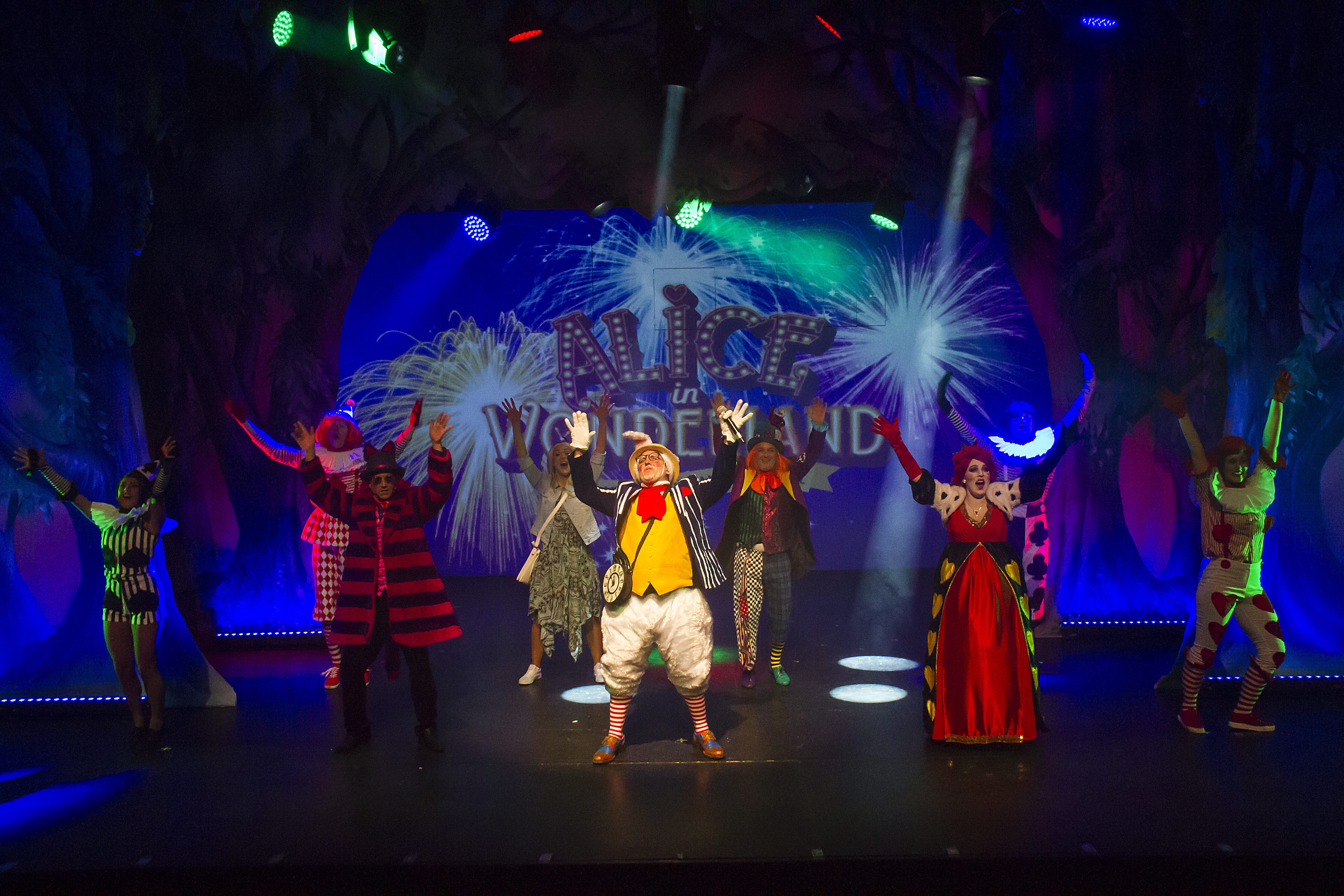 This is a full on fun show for the whole family. There were some really terrible jokes that had us cringing, but mostly we were tickled by the hugely likeable cast having a blast sharing some highly polished routines. My 8 year old thought it was utterly fab…and she’s got to be right!

Alice in Wonderland is on at The Assembly Hall Theatre in Tunbridge Wells until Sunday April 15th. You can also catch the show at the Stag Theatre, Sevenoaks; Watersmeet, Rickmansworth; Devonshire Park, Eastbourne and Wyllotts Theatre, Potters Bar. Please check websites for dates and ticket details.

Daisy is 10 and loves roller skating and crafts. Logan is 4 and enjoys Lego and getting muddy!