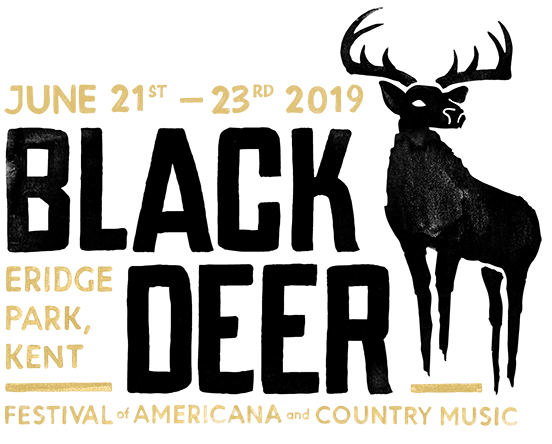 Last weekend we had the privilege of attending the first Black Deer Festival at Eridge Park just outside Tunbridge Wells. Billed as a new Americana & Country Music Festival on a mission to bring real roots-inspired music to the UK the event treated it’s guests to over 70 acts from around the world.

I’m certainly no expert when it comes to Country music, but I had heard of several of the names in the impressive weekend line-up. Headliners included American songwriter Iron & Wine, Sussex local Passenger and Americana veterans Jason Isbell and the 400 Unit. Ashley Campbell, the daughter of country legend Glen Campbell also made an appearance as did film star turned musician Kiefer Sutherland and his band.

We managed to catch Kiefer Sutherland performing his set on Saturday evening and were not only impressed with his musical capabilities…but also his appreciation of the audience and humbling stage presence. He was followed by Ward Thomas who were new to me but utterly enchanting with their perfectly polished harmonies and folky duets…I’ll be listening to them again!

We also caught some of the acts in the Ridge tent on Sunday including Kate Ellis who nearly brought us to tears with her beautiful song influenced by her mother. O&O followed with a more up beat tempo bringing the audience on their feet with ‘Born in the 60’s’. Just a tiny taster of the live music that was on offer over the 3 day festival…it was hard to decide what to watch as throughout the event we really were spoilt for choice!

Black Deer also had a strong food based theme with live fire cooking demos, cookout competitions and a wide range of food pop ups and diners. The smokehouses of America’s Deep South being transported to the Garden of England bringing their pulled meats, smokey scents and sweet sauces with them!

Aside from the music the real highlight of Black Deer was the Young Folk area. As a family with four children ranging from toddler through to teen we found plenty to do…and if the kids are happy…we’re happy!

Our toddler was in his element with the Woodland Tribe where he was given full responsibility of a hammer and a handful of nails. We’ve encountered these guys at other local festivals over the years and the opportunity to construct, create and explore with real tools always goes down well with all ages.

Daisy and Leon loved all the creative crafts on offer. Daisy discovered Freckles & Fire who run local craft workshops for children. She would quite happily have spent all day creating sticky foam models. Leon was chuffed with his screen print flag that he made with the help of Imagine, Make, Play.

The kids entertainment continued in the forms of a rodeo, cowboy training school, abseiling and tree climbing, space hoppers, giant noughts and crosses and secret stone painting…and I’m certain we didn’t even get round to all of it! Needless to say Black Deer Festival catered incredibly well for families and children.

Overall we found the Black Deer Festival to be an incredibly well run and highly organised event with high calibre entertainment in a stunning setting. The world of Americana may be relatively new to us but after last weekend we are utterly sold. Great vibe, fantastic food, perfect for families….and music that you’ll be wanting to listen to until the next Black Deer! We will certainly be looking forward to returning in 2019.